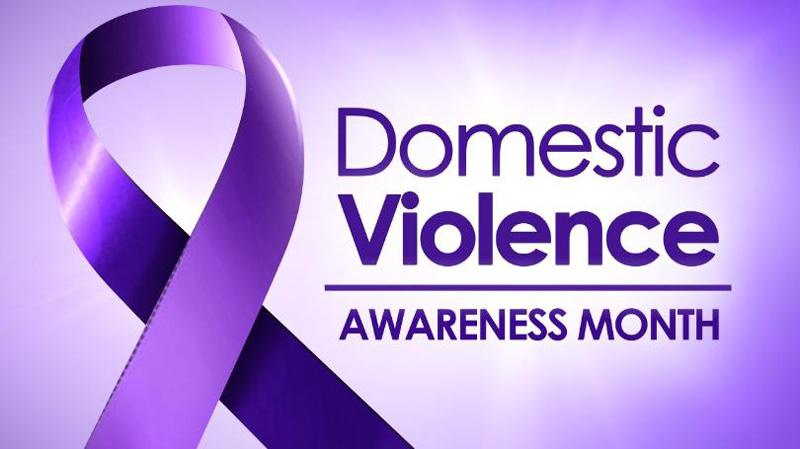 by Janelle Fortin | Published in the Redfield Press on October 1, 2021

October is Domestic Violence Awareness Month.  Information from the National Coalition Against Domestic Violence defines domestic violence as the willful intimidation, physical assault, battery, sexual assault, and/or other abusive behavior as part of a systematic pattern of power and control perpetrated by one intimate partner dominating over another.  Domestic violence is prevalent in every community, and affects all people regardless of age, socio economic status, sexual orientation, gender, race, religion, or nationality.  The devastating consequences of domestic violence can cross generations and last a lifetime.  It includes physical violence, sexual violence, threats, economic, and emotional/psychological abuse.

Psychological abuse involves trauma to the victim caused by verbal abuse, acts, threats of acts, or coercive tactics.  Perpetrators use psychological abuse to control, terrorize, and denigrate their victims.  It frequently occurs prior to or concurrently with physical or sexual abuse.  Tactics include:

If so, your partner may be abusing you.  For help, contact the National Domestic Violence Hotline 1-800-799-SAFE (7233), or visit Domesticshelters.org to access professional help.

In 2010, 1 in 15 children in the United States were exposed to intimate partner violence for a total of more than 5 million children.  Witnessing intimate partner violence is associated with other forms of violence.  1 in 3 children who witnessed domestic violence were also child abuse victims.  Children’s immediate reaction to experiencing domestic violence include generalized anxiety, sleeplessness, aggression, difficulty concentrating, nightmares, high levels of activity, and separation anxiety.  Abusive partners use children to control victims.  Fathers who batter the mothers of their children are twice as likely to seek sole custody of their children as non-abusive fathers.  Courts award sole or joint custody to fathers in 70% of custody cases.  Abusive parents use child custody as a way to continue to threaten and harass the victim and often threaten to gain sole custody, kill, kidnap or otherwise harm children if victims leave.

Domestic violence creates a violent and hostile environment that can have devastating effects on children, both physical and emotional. Children who have been exposed to domestic violence can become fearful and anxious, concerned for themselves, siblings, and their parents. They may begin to feel worthless and powerless.  Children exposed to violence may have difficulty paying attention and display depression and withdrawal.  In the long run, children who witness or experience violence at home are much more likely to perpetuate the cycle of abuse in their own relationships as they grow into adulthood.  Children who witness intimate partner violence growing up are three times as likely as their peers to engage in violent behavior.  Children raised in abusive homes learn that violence is an appropriate way to solve conflict. These children are more likely than their peers to be in abusive intimate partner relationships in the future, either as victims or perpetrators.  Children who witness incidents of domestic violence (a form of childhood trauma) are at greater risk of serious adult health problems including obesity, cancer, heart disease, depression, substance abuse, tobacco use and unintended pregnancies than peers who did not witness domestic violence.

Stalking is a course of conduct of threatening tactics used by a perpetrator, including intimidation, surveillance or harassment, that places a person in reasonable fear of material harm to their health or safety or the health or safety of an immediate family member, household member, spouse or intimate partner, or pet.